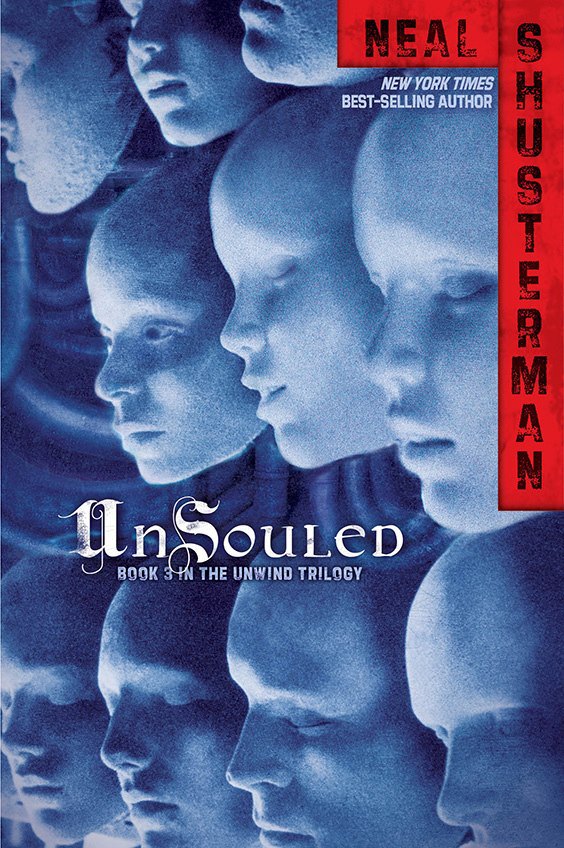 Publication Date: October 15, 2013
Synopsis:
Connor and Lev are running from the destruction of the Graveyard. With their faces plastered everywhere and no plan, they push themselves to continue surviving and fighting in a world that desperately wants them dead.
Risa is separated from the boys. Running on her own, she does everything she can to look like anyone but herself.
Cam wants RIsa to love him, and the only way that's possible is to take down the people who created him.
Everyone has an agenda, and no one is playing fair.
BookDepository
Rating: 5 stars

Thoughts:
I was really excited to pick this up because I haven't gotten to this part of the series before and I was breezing through the books so quickly. I finished this book in about 2 days and marked it as my first read of BookTubeAThon because I hadn't managed to finish it before that.

I would definitely say this this book feels like it has higher stakes because of where the story's direction is heading, but also because this is the point in which the end pieces were starting to fall into place. Originally, Neal Shusterman wanted to publish this as a 700+ page book, but I believe that his publisher said that it would be too long, so this was divided into 2 books, giving us the quartet. But, because of his initial intention, I could definitely see how the focus of the story was starting to shift.

Admittedly, at the point in which I'm writing this review, it's been about a month since I've read the book, so I'm doing my best to recall my feelings for it before I completed the series. What I do remember was reading it really anxiously to make sure that the characters I cared about stayed alive (Spoiler alert: They did). I also remember being so completely engrossed in this world that it was hard for me to stop thinking about it. Heck, I'm still thinking about it now.

The action in this book definitely picked up its pace in comparison to Unwholly, which had more build-up to a final moment of action. It felt like the first book again, where every turn was high-stakes and every character was building up to something bigger.

I like that romance in this book takes a back-seat, even though it could be said that it plays an decently important role in the overall story. It does, but it's not the main focus. Characters are able to function without the SO, and it never felt like there was a romance plot taking over the real plot, which some books fall victim to. The romance was well-paced and felt natural in the course of the story.

The ending made me want to jump into the last book immediately, even though I couldn't because it didn't fit into my TBR for BookTubeAThon. The story lingered in my mind, and no matter what I read during BookTubeAThon, I kept comparing those books to how good this series is and how much I wanted to pick up the last book. Reading all of these books in one go is definitely the way to do it because it adds so much to the experience.

Character(s):
I still love Connor. I will never not love Connor. Watching him grow over the course of this series is one of my favorite things because I feel like it's realistic. Teenagers don't know who they are or what they want to be, but they're forced to adapt to the changes around them, and sometimes, that results in bad decisions.

Risa is so headstrong and smart, I wish there were more female characters like her who don't have to change the world by operating purely on anger. She's a good combination of fire and level-headedness that adds a lot to the story, and makes sets her apart from a lot of other female characters in dystopian worlds.

This was the point in which I began to feel iffy about Lev because he's like that younger brother who never sticks to one thing for more than a couple of weeks, frustrating everyone in the process. Sure, he's really young and that's half the reason why he does what he does, but still, I noticed that this book made me question a little how much I liked him as a character.

Overall:
5 stars. This is one of my favorite series and I think it's such a shame that it's so underrated. I think it's worth picking up because it's really different from most other dystopians that I've read.
NextReview: Undivided by Neal ShustermanPrevReview: Stars Above by Marissa Meyer