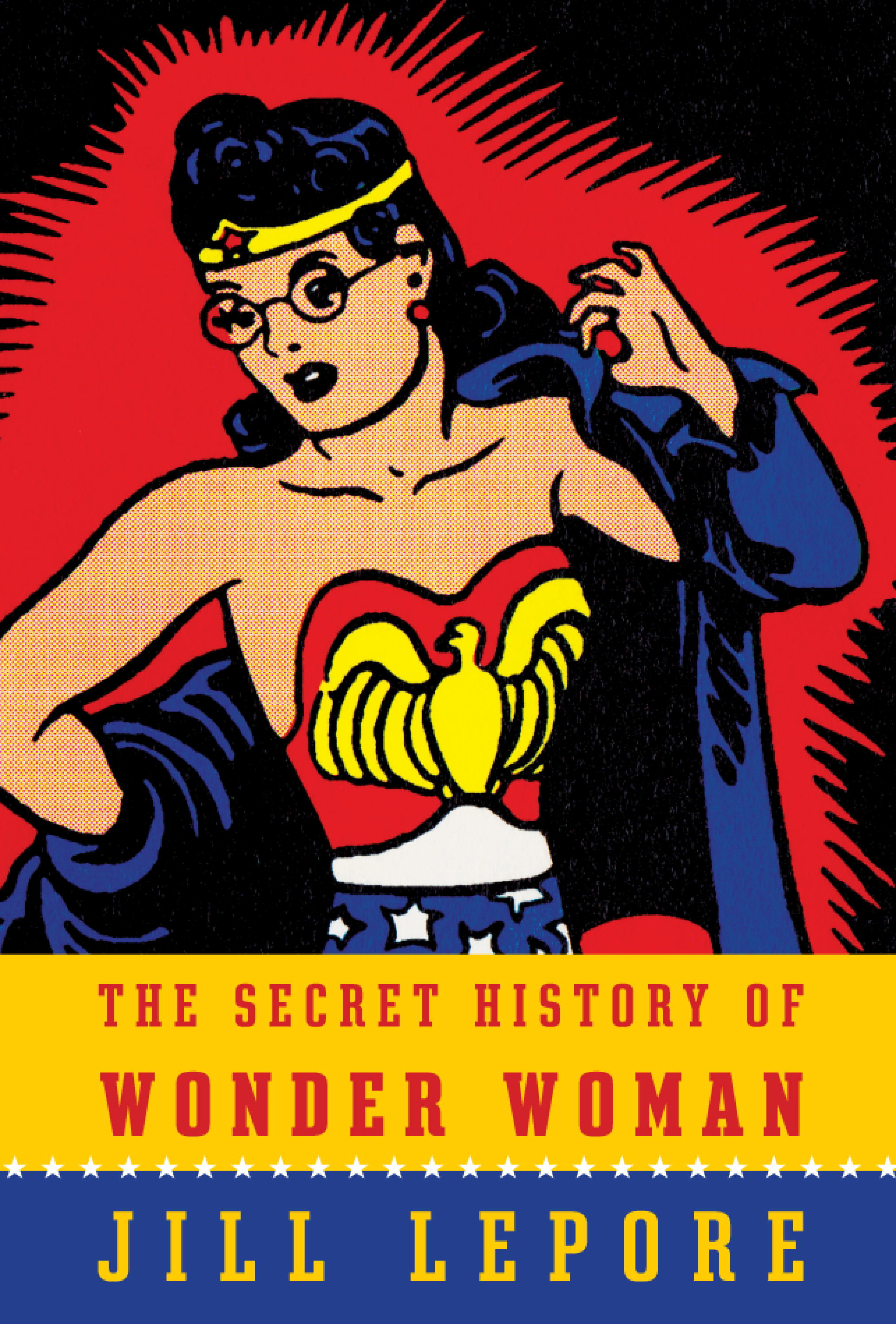 Publication Date: October 28, 2014
Synopsis:
Wonder Woman, created in 1941 and the first female superhero, has a history that you would never imagine. Born out of the mind of William Moulton Marston, Wonder Woman's origin story holds more than anyone has ever realized.
Jill Lepore takes a dive into history and into the life story of William Marston to tell the secret history of one of the most famous and popular comic book superheroes of all time, Wonder Woman.
BookDepository
Rating: 4.5 stars

Thoughts:
This was another book that I had to read for class, though this time, I had to read all of it and do a paper. Still, it was really interesting to read about because there was so much information that I hadn't known before.

I can't go into too much detail about this without spoiling the history of Wonder Woman and defeating the purpose of you reading the book, but I highly encourage you to read the book if you've ever wondered about Wonder Woman's origins.

Jill Lepore spends a lot of time diving into the history of William Marston's life, telling his story extensively before she begins telling Wonder Woman's. It took a really long time for me to understand why she did this, but once she did, I realized that there were very few other ways she could have told the whole story. She needed to establish a really strong background before she could get into all the things that made Wonder Woman's character and what led to her creation.

While I found that there were many things about Marton's life that I didn't agree with and was occasionally infuriated by, I have to admit that he really intrigued me. The way he lived his life makes me wonder at the sheer effort it took to accomplish all he did and how he lived. Sure, he wasn't the best person and will never be remembered as the best person, but he did create one heck of an empowering superhero for young men and women everywhere.

I do wish that Lepore took more time to talk about Wonder Woman and her story as she moved from the 1940s into the modern era, but I suppose there are other books on that and this one just dwelled on her origin. It would have been interesting to see if my opinion would have been different if I read the book for leisure instead of for class, but I'm glad that I read it for class. I had some very interesting points to talk about and my professor wanted more out of it despite my "review" of the book being 12 pages long. There's definitely a lot that you can talk about once you've read this book.

Overall:
4.5 stars. I'd definitely recommend it if you like comics and Wonder Woman. I've never really known much about either of those worlds, but reading this was still very interesting and gave me a really good look into how much went into the creation of this prominent figure that continues to impact people everywhere.
NextReview: The Extraordinary Journey of Vivienne Marshall by Shannon KirkPrevReview: The Other Wes Moore by Wes Moore