Review: The Originals – The Rise by Julie Plec

Let me just start off by saying that I was really excited when I saw this on NetGalley because I do in fact watch the TV show and I LOVE it. So seeing this made me jump at the chance to see what kind of additional backstory I could get that might not ever be released on the show. 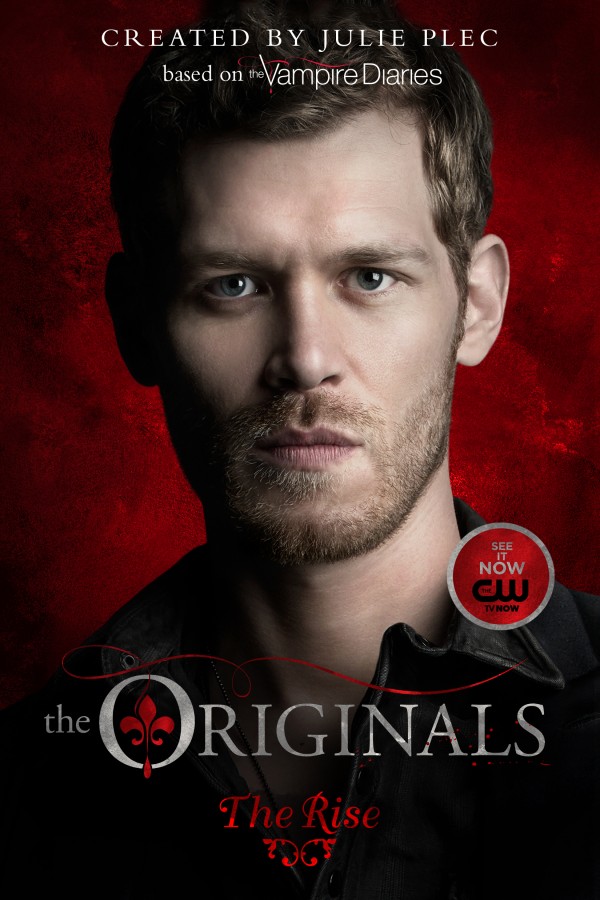 Publication Date: February 5, 2015
Synopsis:
Niklaus, Elijah, and Rebekah Mikaelson are Original vampires, running from their past and trying desperately to build a future in New Orleans, Louisiana. In 1722, the Mikaelson siblings find themselves amidst all kinds of trouble and scandals as they fight for power in a city they want under their domain. But what will become of an immortal family when their intentions lead them down separate paths?
Rating: 3.5 stars
Thoughts:
Right off the bat, I wanted to love this because I watch and love the CW show so much. I have actually watched the show ever since its backdoor pilot aired, and immediately when the official series began. So you can understand my enthusiasm for a book that was supposedly written by the producer of The Originals, Julie Plec, entailing a background story for the Mikaelsons that might not ever come to life on the show.
And yet, within the first few chapters, I was bored. The characters I loved so much were different on paper than they were on screen, and the dialogue and action never seemed to capture their essence. I found myself having to read the Mikaelson’s dialogue in their accents, just to remind myself of who exactly these people are and what it would sound like if they had really said it. That little act made the storyline more enjoyable, but I was still bored for the first 120ish pages. Then things began to pick up.
Then randomly, around 200+ pages into the book, the f-bomb gets dropped and I was like, “Wait….what? I’m pretty sure they didn’t say stuff like this in 1722. Was this even a word then?” And it wasn’t even in terms of swearing. Immediately, I had a certain distaste for the book. Not because of the swearing per say (I’ve read Warm Bodies and Sophie Kinsella’s novels), but because it was done without any context and rather distastefully. The sentence which the f-bomb appeared in could easily have used another word and it wouldn’t have made its point any weaker.
The whole time, I was waiting for this epic conflict and epic climax, and then it kind of happened, then ended. I was actually somewhat confused when it ended because I thought I would still have a couple more chapters. Nope, it was over. I mean, it didn’t end in a bad way, but it wasn’t the best ending either. There was a conclusion and set up for the next book, yes, but it felt like it was lacking the usual umph that we likely would’ve gotten from the show.
I think it was a decent enough book, but I wouldn’t necessarily recommed it to people who watch the show. This feels like a bit of a let-down and frankly, I don’t see how it adds much to the TV show experience. I may continue with the next two books, I haven’t quite decided yet, but if that happens, I’ll already know not to expect a whole lot from the books.
Characters:
So, I’ve already talked about this a bit above, but I had to constantly remind myself to read the dialogue in the Mikaelsons’ accents, just to make it feel more authentic. For most of the second half, I forgot to do that, but I found that it didn’t make a huge difference by that point.
Elijah here seems to be a more down-played version of his TV self. Less class, less diplomacy, less patience, less everything. He usually has this air of class and importance about him, but here, he seemed more lost and so unlike his usual self. I didn’t like the portrayal of him in this book and I think Julie Plec (if she did indeed write this book) could use a little practice with making her characters come to life on paper like they do on screen.
Rebekah was done much better though, and she did stay quite true to her TV portrayal, which was very nice. However, I did find her slightly more annoying here, as she played her role in the story. The lack of her sass made this less interesting than it would have been if her character had been well-transferred to paper.
Lastly, we have Klaus. Anyone who has watched The Originals or The Vampire Diaries will know him as one of our favorite villians for simply how he acts and how well Joseph Morgan plays him. And none of that came across here. Yes, he was his usual I-won’t-listen-to-Elijah-or-Rebekah self, but in a much more annoying way. I didn’t enjoy his storyline at all and found it quite unlikely seeing as he never seemed to be the kind of person who became entirely illogical upon falling in love. I just found him to be very unlike himself and that made the read far less enjoyable.
Overall:
Again, 3.5 stars. Wouldn’t necessarily recommend this to fans of the show. If you’ve read this first and are iffy about the TV show, I can promise you that the show is much better than the book. It was a decent read, though not my favorite. I may continue with the rest of the books as they come out, but right now, that’s quite unlikely.
Acknowledgements:
Thank you to NetGalley for hosting this as an e-ARC on your website, making it available for readers/reviewers like myself to gain early access. Thank you also to HQN Books for publishing this and putting it up on NetGalley.
NOTE* I have since done some research and discovered that the f-bomb was indeed a spoken word back in 1722, but the usage was incredibly rare. However, this does not change the fact that I personally think that its usage could’ve been omitted for reasons of context and taking into consideration the era in which it was used.

Read More »
PrevPrevious PostReview: Almost Dead by T.R. Ragan *spoilers at the bottom of the post*
Next PostReview: Blood of Olympus by Rick Riordan #whydidyouhavetoendNext